First and foremost, it was a miss.  That’s why TSLA shares are trading lower today.  The Internet was full yesterday of buffoons screaming about a deliveries number “in the 140s” and Tesla’s report of 139,300 units delivered in the third quarter falls short of that estimate.  The “whisper” estimate for Tesla’s 3Q2020 deliveries was higher—north of 145,000 units—but I won’t dishonor my beloved profession of equity analysis by naming the buffoons who pumped TSLA shares yesterday.

The reported deliveries figure does imply a 43.3% year-on-year gain in unit sales for Tesla.  That said, Tesla’s own material shows an annual rated capacity of 690,000 units as of the end of the second quarter of 2020.  That implies a quarterly run-rate of 172,500 units of capacity.

Tesla first divulged its annualized run-rate capacity in its 3Q2019 earnings deck.  Then the company rated that capacity as 440,000 units globally with capacity to produce 350,000 Model 3/Y units and 90,000 S/X units at Fremont and units from Lingang, China not yet included as that plant was in pre-production phase.  So, Tesla’s installed capacity increased by 57% in 3Q20 vs. 3Q19.

So, on a year-on-year basis in the third quarter of 2020, Tesla sold 43% more units but added 57% more capacity.  The corporate utilization rate continues to decline.

Focusing on the first part of the calculation, I would note that Tesla faced major tailwinds in two of its 3 main geographies—U.S and China—as the recovery from Covid-19 lockdowns clearly produced a “pent up demand” situation for autos. Ford reported stronger-than-expected 3Q20 U.S. unit sales this morning, with a huge jump in Explorer sales and a solid 3.5% y/y gain from the F-Series.

In contrast, Europe, Tesla’s third major geography, continues to see most of its countries post double-digit percentage declines in monthly auto sales and the competition there is fierce.  As I noted yesterday, VW’s ID.3 dominated Tesla’s Model 3 in sales in Norway in September.  I would look for that domination to increase—and broaden to other European countries—as the fourth quarter proceeds.

So, that’s how analysts (as opposed to screaming buffoons) do our jobs.  Following headwinds and tailwinds.  Tesla was able to produce +40% growth in deliveries in the third quarter as its two largest geographies showed increased sales and a pent-up demand effect.  That impact ended on September 30th.  For no other company is it possible to pinpoint a specific date of a tailwind’s demise, but Tesla employees go on a mad rush every quarter-end to maximize the reported deliveries figure.

Channel stuffing is fine, but it leads to “hangover” periods in the first month of any quarter (this is evident in Tesla registration data from Europe) and with both plants up and running, also leads to excess inventory.  Tesla noted in its press release this morning that:

In terms of days of sales, new vehicle inventory declined further in Q3 as we continue to improve our delivery efficiency.

That statement is misleading since Tesla produced a record sales volume this quarter.  Hence the denominator rises and inventories/days of sales can hide the fact that gross inventories themselves are rising.  I believe this is the case at Tesla, and I would expect the feckless bunch of Street analysts that follow the company to figure this out..never.

So, once that goal is abandoned, it is the job of cold-blooded analysts to model out the fourth quarter.  Demand is key, not production capacity.  Clearly Tesla sold fewer units than it produced in 3Q20 (Tesla reported production of 145,036 units for 3Q2020) and, importantly, many fewer units that it CAN produce.  There are excess Teslas floating around in global inventories, and those units will have to be delivered before newly-produced cars have an obvious home.

If you were going to buy a Tesla, I would wait a few weeks.  More price cuts are coming.  One such price reduction was announced yesterday in China, as battery-production for made-in-China Model 3s is switched to locally-sourced units produced by CATL from units shipped from Tesla’s Nevada battery venture with Panasonic.  There are more Tesla price reductions to come, especially in Europe.

All of this means that revenues per unit, not number of units, is the most important factor in Tesla’s earnings.  How many units, though?

The problem here is that the fourth quarter is typically a slower period for auto sales, especially in Europe.  Most of the world does not operate with Elon’s “stuff the quarter” mentality.  To sell cars, it is not enough to build them, one must find a willing consumer to purchase them, also.

So, seasonality is a headwind for Tesla in the fourth quarter in terms of consumer demand.  That’s the important factor here, not how many units of questionable quality Tesla can produce.   There is no such thing as unlimited demand for cars.  Also, as I noted yesterday, the strong debut of VW’s ID.3 in Europe has completely stolen Tesla’s BEV thunder on the Continent.

VW will begin selling units based on the ID.3/ID.4’s MEB platform and produced at its Chinese JV plants in Anting and Foshan in October.  Competition is going to be very difficult in China for Tesla, especially in 2021.  That really has not been the case in the U.S to this point, but strong (reported) early orders for the VW ID.4 and Geely/Volvo Polestar 2 show that real competition (with due respect to the Nissan Leaf and Chevy Bolt) is finally coming to the BEV market in North America.

Put it all together and Tesla will have difficulty matching the third quarter’s sales frenzy again.  The Model Y is not destined for China until early 2021 and then later in that year in Europe.  With a July 2017 launch date, the Model 3 is just not the hot, new thing anymore in any part of the world.

Those who forecast unit sales were once again wrong in Tesla’s third quarter.  The whisper was erroneous.  As competition increases in the BEV space, those whispers could turn into screams for Tesla bulls.  Again, though, setting and maintaining REASONABLE estimates for companies is what Wall Street analysts get paid to do.

I will publish my fourth quarter estimate for Tesla in a future column, but for now, we are all left to wonder—was 139,000 units sold enough to finally produce a sustainable (i.e. without including ZEV credit sales revenues) quarterly profit for Tesla?  I will spend the next 3 weeks ignoring the screaming buffoons and attempting to determine that on my own.

The Future Of Advertising Is A Creative Leader On Top, Not MBAs Or Financial Executives

Mon Oct 12 , 2020
Idea VrctorStock Just imagine a professional wrestler as editor of The New York Times or a package designer as head of Goldman Sachs. Far-fetched? But that’s exactly what happens in advertising. The people on the top never wrote a tagline, or produced an ad. When J. Walter Thompson founded the […] 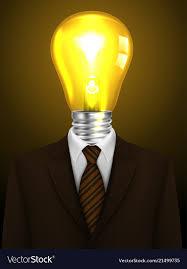