Fee-funded agencies like the Patent and Trademark Office have always had to plan their budgets around the ebbs and flows of its revenue.

This budget forecasting from its financial management office, however, helped the agency adapt and recover from a sharp downturn in revenue at the onset of the coronavirus pandemic.

Jay Hoffman, USPTO’s chief financial officer, said the agency’s revenue has a strong correlation with the overall health of the economy. USPTO reviews economic data every week to stay current on changes to underlying economic trends, and the agency relies on these revenue forecasts as the foundation for its budget.

While USPTO keeps up modest cash reserves to smooth over some of the ups and downs of its revenue and fee collections, Hoffman said his office’s financial analytics help shape some of the agency’s decision-making.

“Because there’s some level of uncertainty with where our next dollar to fund the agency is coming from, we place a premium on financial analysis,” Hoffman said in an interview. “When we talk about what financial management excellence looks like at the USPTO, it really starts with these analytics.”

When revenues are lower than expected, Hoffman said USPTO has to make adjustments, including adjusting contracts and moving funding from lower-priority areas to higher-value operation and modeling spending scenarios to understand their overall impact.

In March and April, Hoffman said the agency saw a “sudden drop” in its trademark revenues that corresponded with the economic impact of the pandemic.

Given this budget uncertainty, USPTO implemented some cost-cutting measures, including deferring new hires and right-sizing its spending, but Hoffman said the agency’s revenue rebounded quickly in a “V-shape-like recovery” after Congress injected nearly $3 trillion of emergency spending into the economy.

The CARES Act also gave USPTO new authorities to push back fee payment deadlines for its customers during the pandemic. To help stand up these provisions in the legislation, Hoffman said the agency had to spend considerable time analyzing the bill to determine how this language would impact its revenue stream and cash reserves.

Beyond responding to some of the operational challenges of the pandemic, Hoffman and his office have worked closely with USPTO’s Chief Information Officer Jamie Holcombe to stand up a more agile operating model for the agency.

To support this IT modernization work , Hoffman said he’s helped the agency transition many of its contracts and IT services to best-in-class and governmentwide contract management contracts that give USPTO access to a broad range of vendors with pre-competed prices.

This partnership between the CFO and CIO, Hoffman said, demonstrates the evolving nature of federal CFOS. This year marks the 30th anniversary of the CFO Act, and over the years, agency CFOs have moved beyond just delivering clean audit opinions to also focusing on data analytics that support the agency’s mission and operations.

“CFOs are brought in on many more programmatic and policy decisions than they were at the outset. They’re providing advice through their unique financial prism to help agency heads make well-informed decisions,” Hoffman said.

USPTO already had a strong culture of telework before the pandemic, and had enabled electronic signatures last year, but Hoffman said the agency’s investment in automating its contracting workflow has also paid dividends with much of its workforce still working from home.

The agency receives about 15,000 fee transaction payments every day, and nearly all of them via electronic transfer. Hoffman said the agency rarely sees paper checks arrive for those payments.

“The fact that that work is being done in an automated fashion and electronic fashion means that we can continue our revenue operations from the comfort and safety of our own home,” he said.

As for the next steps, Hoffman said USPTO is in the process of developing a list of RPA priorities and looking at case studies for what other agencies have accomplished with automation.

Hoffman has worked in financial management within five federal agencies during his career, but he said one unique aspect to USPTO’s approach is a financial advisory committee he chairs as the CFO, and includes representatives from all of the agency’s major business units.

“When it comes time to make big financial decisions, whether that be adjusting budgets or making major investments, those decisions typically find their way to the financial advisory board,” he said.

For much of his office’s work, Hoffman said USPTO follows a mantra of engaging internal customers and understanding their needs, educating them about their options and implementing a financial services solution that makes the agency more successful in meeting its mission.

In recognition of all this work, the Association of Government Accountants recently gave USPTO one of its major annual awards, the Certificate of Excellence in Accountability Reporting.

The future of advertising: 9 things marketers should expect to see in a world of ad blockers

Sun Oct 4 , 2020
In the early days of the internet, a business could make a lot of money by selling ads to a new and willing market. Marketers flocked online to experience this new targeted form of outreach. However, with time, ads became obnoxious, prompting many users to start installing add-ons to their […] 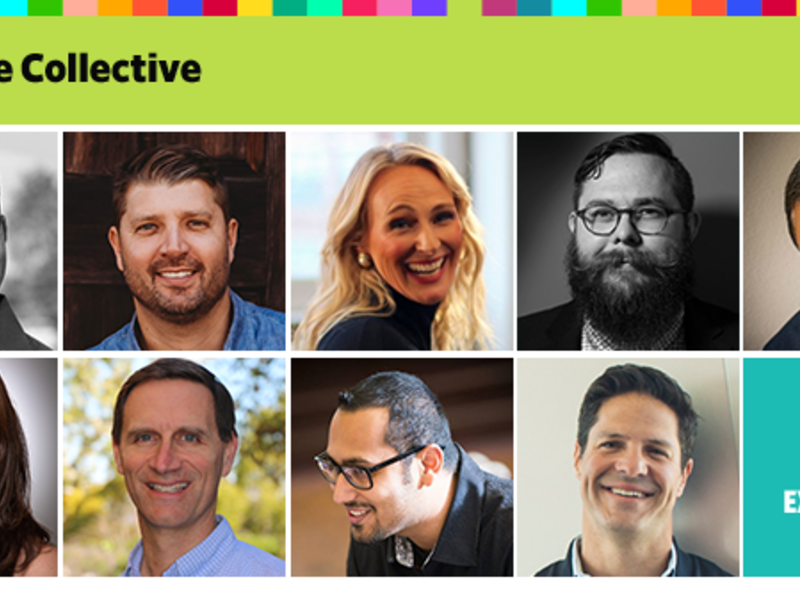