Over the past 38 year, Liz Chambers has tirelessly gathered millions of dollars for nonprofits as varied as the Lupus Foundation, Palm Springs Art Museum, the College of the Desert Foundation and Mama’s House.

The awards, presented by the Association of Fundraising Professionals CA, Desert Communities Chapter, “recognizes the profound impact philanthropy has on the fabric of society,” says chapter President Judi Olivas.

Chambers is well known within the Coachella Valley for her leadership in planned giving and major gifts at some of the largest nonprofits in the region. After more than 20 years in leadership positions at a variety of Southern California institutions, she joined Palm Springs Art Museum in 2006 as its first planned giving director. During her five-year tenure, the Legacy Circle nearly doubled in size, growing from 67 to 123 members, with future gifts valued at $14 million.

In 2011, Chambers became the McCallum Theatre‘s assistant director of development/major gifts. There she initiated and directed the sponsorship of shows and host-sponsored off-site receptions. She also made five trips north in the summer to visit with snowbirds and hosted monthly luncheons with backstage tours.

Chambers joined the College of the Desert Foundation in 2018 as a philanthropic advisor and is now consulting in planned giving. In the past three years, she has also served as a consultant to McCallum Theatre and conducted board training in fundraising for Angel View.

“I love what I do,” Chambers says simply.

Throughout her career, she has personally raised tens of millions of dollars that have made possible programs that enhance and enrich the quality of life in her community. Her passion for the nonprofits she serves is matched only by her affection and respect for the donors whose giving hearts change the world every day.

“Today, looking back on my professional accomplishments and volunteer commitments, the joy of helping donors fund the nonprofits they care about has been worth every minute,” Chambers says. “I also treasure the wisdom and encouragement I have received from professional colleagues along with the guidance of many mentors.”

And she is a mentor herself, having presented a class last fall for the Association of Fundraising Professionals entitled “Planned Giving When That’s Not All You Do.” In addition, Chambers conducted three classes entitled “The 5 ‘I’s’ of Fund Development” for the Center for Nonprofit Advancement at RAP. Since 2016, she has been part of The Leadership Institute within the National Association of Charitable Gift Planners, helping to formulate its National Standards for Gift Planning Success, a new development office template.

The 14th annual “Change the World With a Giving Heart” National Philanthropy Day in the Desert Awards will take place virtually on Nov. 6.

Madeline Zuckerman is owner and president of Madeline Zuckerman Marketing & Public Relations Inc., a Marketing Communications firm located in Rancho Mirage and Newport Beach, California. She has been a guest reporter for The Desert Sun for 12 years. She is also a member of the Allegro Society of the Palm Springs Opera Guild and is a founder of McCallum Theatre.

Sat Aug 29 , 2020
For too many adults, investing and the stock market is a mystery. But not to Cordell Brown and his classmates at St. Catherine-St. Lucy School in Oak Park. They spent several months this past school year tracking stocks in an annual competition that ended with Cordell and the rest of […] 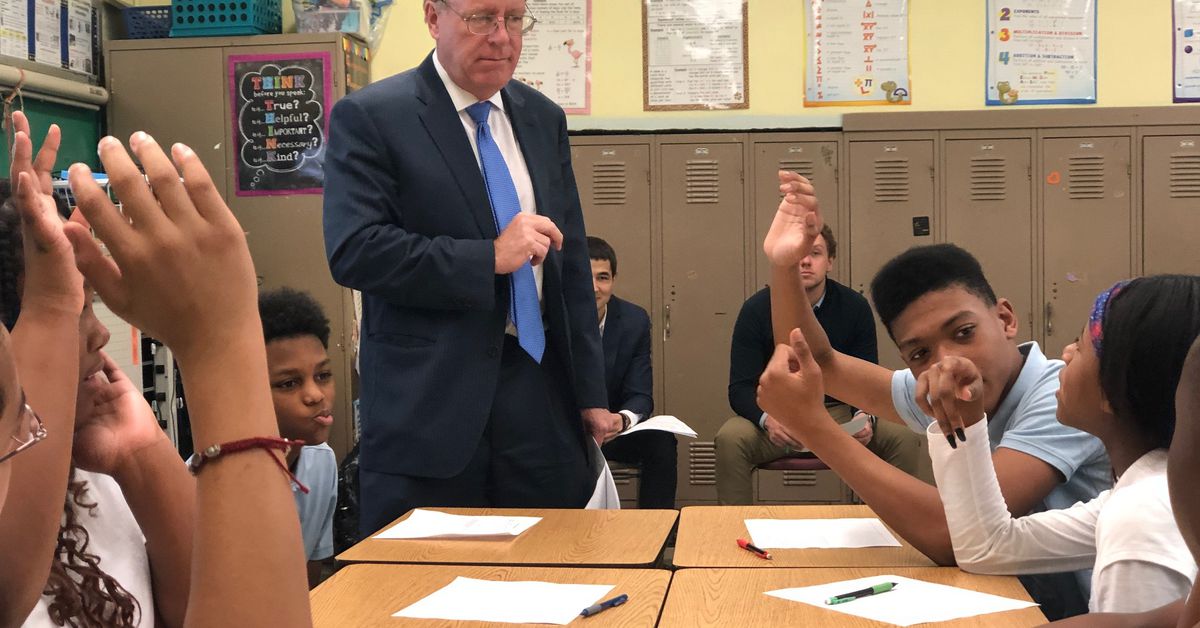