The retail comeback is still on, but it’s losing momentum and worries about the lack of new stimulus spending from Washington is causing some agita.

Still, in the broader picture, some categories are faring better than others.

August sales at specialty stores rose a seasonally adjusted 2.9 percent compared with July while department stores slipped back 2.3 percent for the month, according to the Census Bureau’s monthly read of retail sales Wednesday.

Total retail and food service sales rose 0.6 percent, a slightly weaker showing than the 0.7 percent economists had penciled in and a slowdown from the 0.9 percent pace of growth logged in July.

While the numbers represent vast improvement from the spring, when the coronavirus shut down non-essential retailers, sales in key fashion categories are still well below a year ago.

Fashion specialty store sales in August were down 20.4 percent from a year earlier, while department stores were off 16.9 percent.

The figures report only sales in stores, with some of the loss from physical sales replaced with online, but momentum there is slowing too, although the sector’s year-to-year growth has remained explosive.

The sales realities continue to reshape the industry. On Tuesday, Kohl’s Corp. said it was cutting 15 percent of its corporate workforce, realigning costs with the number of customers at the till.

Still, the latest figures do represent a continued bounceback from the depths of the lockdown.

Stephen Stanley, chief economist at Amherst Pierpont Securities, said, “In the context of the post‐lockdown recovery, retail sales have been incredibly strong, and today’s results, which still show solid advances in August, do not change the big picture view much.”

The categories that fared the worst were those that were able to hold on better during the shutdown and didn’t have as much of a hole to dig out of.

Stanley pointed to the 1.2 percent drop in sales at grocery stories in August and the 0.4 percent decline at general merchandise stores, a category that includes the mass giants such as Walmart and Target.

“Meanwhile, the store categories that were closed during the lockdowns continued to normalize,” he said. “In particular, furniture, electronics and appliance, and apparel outlets all posted sharp gains.”

But the world, of course, is still not normal.

Jack Kleinhenz, the National Retail Federation’s chief economist, described August as “topsy-turvy” with uncertainty around the back-to-school season, which has been transformed with millions of kids logging on to their lessons from home.

“Retail spending habits have remained largely consistent and stable these past few months since stores began to reopen,” Kleinhenz said. “Some consumers likely reduced their spending with the end of the $600 supplemental unemployment benefits for those out of work, but a building-up of savings from that and other government cash helped support spending.

“At this juncture, it is difficult to sort out how much economic activity is due to government support and how much is evidence of hardcore demand due to recent job gains,” Kleinhenz said. “August numbers might have been higher if not for small businesses struggling with reopening and the return to full operations.”

The NRF and many others are pushing Washington lawmakers to extend stimulus programs that have ended and many economists have highlighted the importance of additional support. But so far, negotiations in Congress have turned up no workable plan.

There were, however, some words of assurance and the promise of continued support from the Federal Reserve on Wednesday.

The central bank signaled it would keep its benchmark interest rate near zero at last through next year and perhaps through 2023.

“The COVID-19 pandemic is causing tremendous human and economic hardship across the United States and around the world. Economic activity and employment have picked up in recent months but remain well below their levels at the beginning of the year,” the Fed said.

“The path of the economy will depend significantly on the course of the virus,” said the bank, which is charged with balancing price inflation with employment.

Fri Sep 18 , 2020
CHICAGO (WLS) — The red kettles and bells may seem out of place in September, but this year the Salvation Army has started their holiday fundraising early due to the extraordinary circumstances of the COVID-19 pandemic. Their “Rescue Christmas” fundraising campaign began Monday. “In the history of the Salvation Army, […] 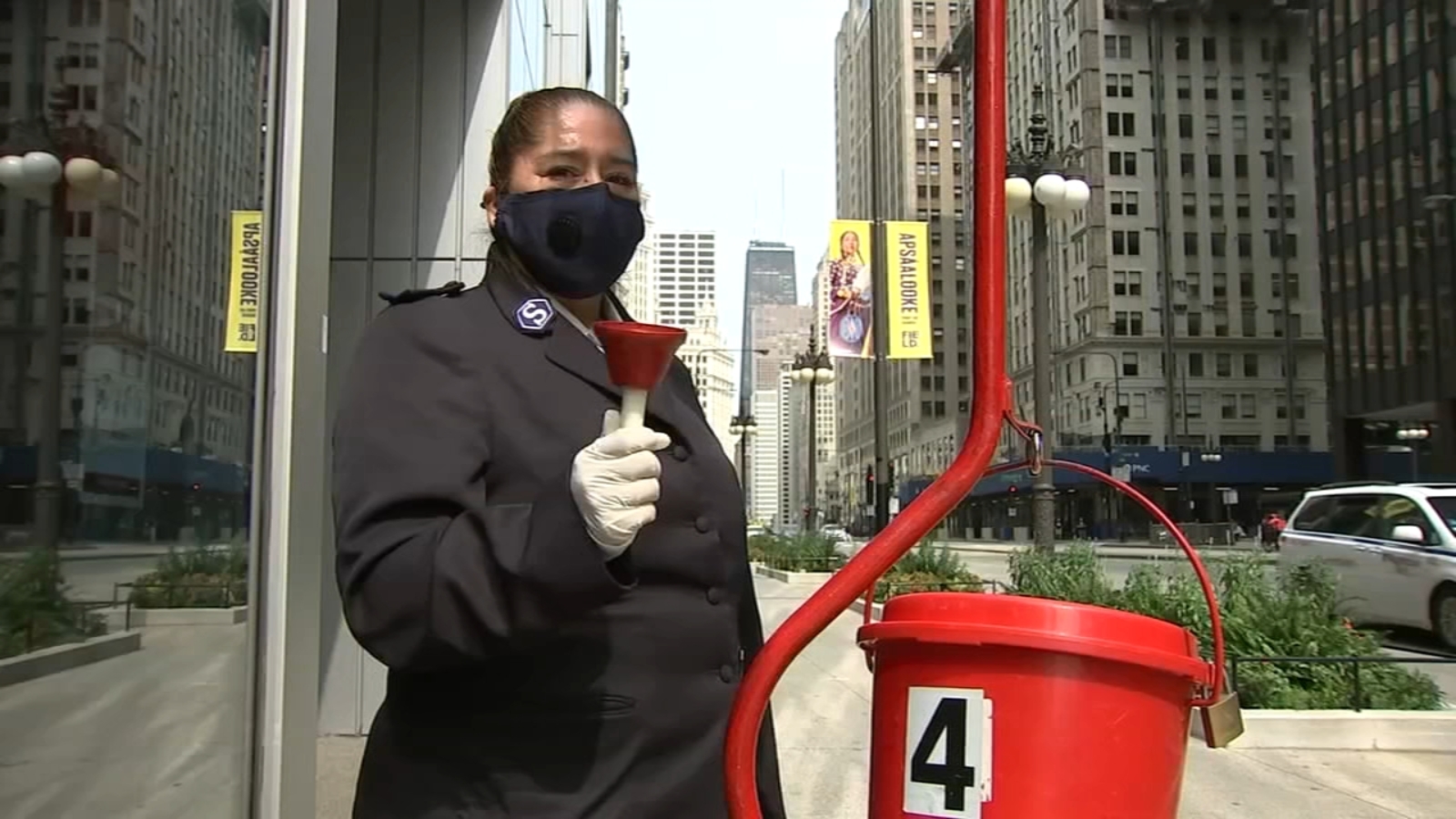