Tesla fans have long argued that with such a huge head start in electric car sales it can’t be caught by legacy OEMs, but that theory was blown out of the water in July, according to respected auto market analyst firm, Jato Dynamics.

While electric vehicle (EV) sales accounted for 18 percent of the total sales in Europe in July, Tesla sales cratered by 76 percent to just 1050 sales in the month.

The Covid-19 pandemic might have smashed global auto sales in the first half of the year, but its impact was far lower on electrified, plug-in cars.

While production issues in California choked Tesla’s sales, there was no shortage of OEMs charging forward to fill the vacuum.

”Some of this can be explained by issues relating to the production continuity in California, but also by high competition from brands that play as locals in Europe.”

Those brands included Peugeot’s 208, the Mini Electric, the MG ZS, the Porsche Taycan and the Skoda Citigo, he said.

The Renault Zoe was by far the highest-selling EV in Europe in July, with 146 percent year-on-year growth, but there was not a single Tesla in the top 10.

And more is to come.

Audi has its e-tron GT launching this year, Volkswagen has already launched its long-awaited ID.3 and has shown sketches of next year’s ID.4 SUV, Jaguar has teased a little brother to the World Car of the Year-winning I-Pace and Porsche has two more EVs coming in the next two years.

“The rise in demand for EVs is strongly related to a wider offer that is finally including more affordable choices,” Munoz explained.

“The higher competition amongst brands is also pushing down prices.”

That isn’t the only thing driving sales of EVs. Governments are offering huge incentives, including up to €12,000 in France and more than €9000 in Germany.

Hybrids, including mild-hybrids, have boomed, too, with 89 percent year-on-year growth in July.

Plug-in hybrid sales have jumped an astonishing 365 percent from last July’s figures, boosted by new models and extended real-world EV range, including up to 80km (50 miles) in some top-end models.

For all the doom and gloom, the entire car industry bounced back strongly in July, with the 27 national markets in Jato’s data registering 1,278,521 sales – down just four percent on 2019.

“Both private and business consumers are responding to the better market conditions. If the current situation continues to improve, we could start to talk about a ‘V’ shaped recovery in the European car industry,” Munoz said.

“However, there are still huge uncertainties regarding how and when the pandemic will finally come to an end, therefore caution remains.”

It’s clearly not been a good sales year across the seven months, though.

Volumes have fallen 35 percent since January, to 6.37 million cars, and only nine of the 27 countries showed growth even in July.

The July figures were healthy in countries like the United Kingdom, France and Denmark, but significant markets like Italy, Portugal and Austria all fell by more than 10 percent. Germany was down five percent.

Gasoline-powered cars retained most of the market, at 52 percent (down from last year’s 59 percent), with the EV squeeze also dropping diesel down from 31 to 28 percent.

The Volkswagen Golf has regained its traditional place as the biggest-selling machine in Europe, with 31,169 sales in July.

The B-segment compact class it belongs to is no longer the largest, having been overtaken SUVs and by subcompact hatches like Renault’s Clio and Peugeot’s 208.

More than four out of every 10 new vehicles sold in Europe in July were SUVs, lifting their sales to 530,800.

“SUVs are usually more expensive than their car equivalents, so it is remarkable to see that despite the crisis, this is the only segment that has seen growth,” Munoz said.

“They prove that with a competitive offer, consumers respond positively, despite the difficulties.”

The SUV fight has been incredibly tight, with less than 400 units separating the Renault Captur in first place (and fifth overall), the Peugeot 2008 in second and the Volkswagen T-Roc in third.

Volkswagen has three models (the Golf, the T-Roc and the Tiguan) in the top 10 sellers, while Renault (Clio and Captur) and Peugeot (208 and 2008) have two. 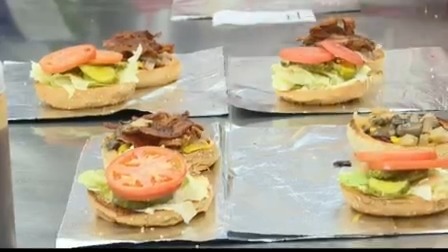